August 2016: Director of Art for "Welcome To My House" Music Video with "Luc and the Lovingtons" and NGO Voices of the Children, painting murals in Za'atari Syrian Refugee Camp, Jordan and Skagit Valley College, Mount Vernon, Washington as an intercultural dialogue.

May 2016: Art Director/ Curator for "Celebrating Humanity through the Arts Festival" in Mount Vernon, Washington, hosted by NGO Voices of the Children - focussing on human rights through art. Curated and exhibited art produced in my art therapy projects around the world at the Waterfront Gallery and hung 12' x 5' canvas murals painted by both Syrian Refugees and Washington Youth on the front-exterior facad of buildings throughout downtown.

February - March 2016: Syrian Refugee Art Therapy Project in Jordan - Project Director/ art teacher/ mural painter - sponsored by NGO Voices of the Children & NGO Save the Children. Over 4,300 square feet of wall throughout Jordan was painted with murals by Benjamin Swatez, his team and hundreds of Jordanian and Syrian Refugee youth. Mr. Swatez led the art therapy classes and directed an intercultural dialogue between youth of the Northwest and the Syrian Refugees in Za'atari, the second largest refugee camp in the world. 40,000 photographs were taken by Syrian youth, over 30 short documentaries were made with more to come, 7 original songs written and sung by/with the youth... SO EMPOWERING!!! 3 canvas murals of 12 x 5 feet were painted by youth from both sides of the world. These canvas paintings will be exhibited before the United Nations for the month of peace, September 2016. I directed seminar training with the field staff of Save the Children to develop a sustainable model, covering art therapy and art practice, for the work to carry on with the Syrian Refugees long after my departure.

December 2015: Art Director of Chime In: The Change is Me International Youth Ambassador Program. Painted and Directed 11 murals with local community participation. Together with international youth ambassadors and families living on trash fills in the capital of Guatemala, we built 10 houses along and painted murals in/on all ten houses and the 11th mural on the school/ education center. District 3: Guatemala City, Guatemala

October 2015: "Resurreccion" - La Cripta Arzobispal de la Catedral de Lima Peru (The Cemetery of the Arzobispal Cathedral in Lima, Peru) and La Casa Ohiggins, Lima, Peru-International Art Exhibition/ Project in the cemeteries of Peru to aid in the transformation of the relationship between the living and the dead. 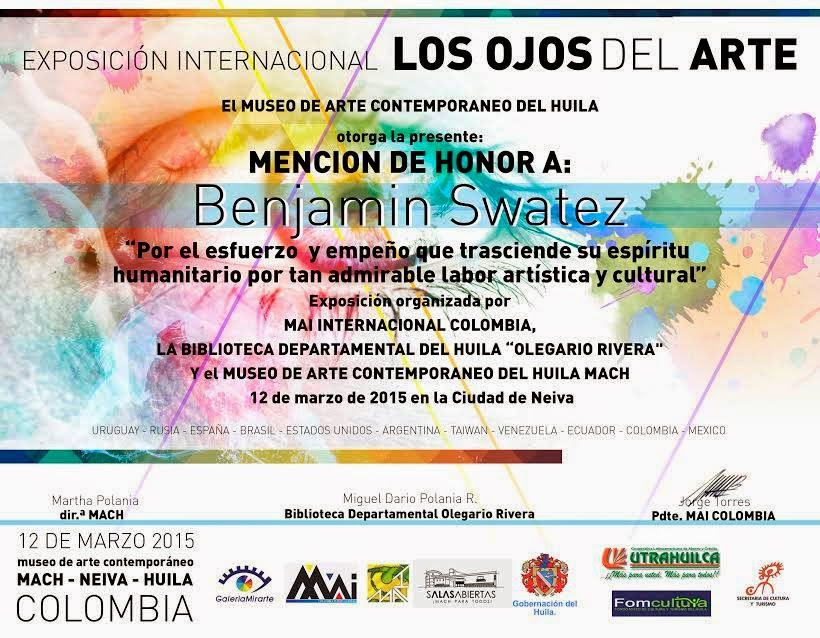 2015: Art Therapy in Israel Project - Co-Founder and Director -  Locations: Eco-Me (Dead Sea), Neve Shalom, Jisr Az Zarqa and Tel Aviv. Guest artist and mosaic muralist Robert Markey joined the team at Neve Shalom. This project touched the lives of over 200 youth. Together Arab and Jewish Youth painted their vision of peace on canvas and walls!  4 murals: 10 x 10 Meters at Eco-Me, 2 x 4 meters at Neve Shalom, An entire bridge at Jisr Az Zarka and 2 x 35 Meters for the NGO Variety. The canvas paintings are traveling the world, exhibiting in Galleries and Museums, sharing the voice of peace and inspire humanity.

2014: Art Therapy in Argentina Project - Co-Founder and Director. Location: Escuela Especial 2-020, Escuela DiRani, DINAF of Tunuyan, Mendoza, Argentina. Worked with over 200 youth from the streets, domestic abuse or physically and/or mental disabilities. Art therapy courses, professional art exhibition, and a 2.5 x 20 meters painting with people from the ages of 87 to 2 years old.

2014: "The Goodness Tour" - Live Painter - Performances with Luc and the Lovingtons in the homeless shelter, tent cities and safe homes. Bringing music and art to where it cannot be paid for. Washington, Oregon y California. 24 Live Collaborative Paintings  with people facing adversity in 20 Days! September 11th - 30th. 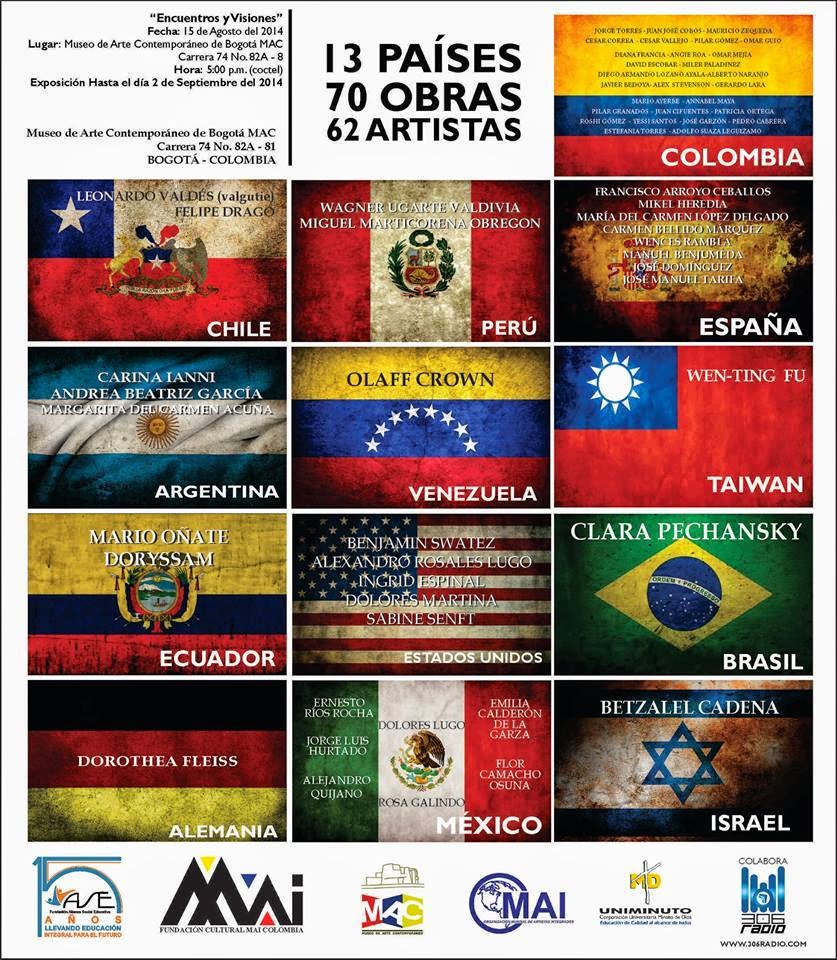 December 2013- April 2014: Mami Wata Art Therapy Project: Heal the Children of War with Art - Founder, Director and Producer - Benjamin Swatez and his team taught art therapy to over 800 former child soldiers, recently freed sex-slaves, children born in captivity, and youth accused of witchcraft and set aflame. Goma, República Democrática del Congo - Padertown, Uganda - Lira, Uganda. Partner NGO are Camme RDC, NGO Friends of Orphans and NGO Children of Peace Uganda. 4 murals and thousands of paper and canvas paintings. The voice of freedom from these youth are traveling the world now to share their love and courage. They have discovered forgiveness within the fog of adversity and torture... and there is nothing more beautiful! Benjamin Swatez wrote a six month art therapy curriculum with detailed course work and documentation. He trains psychologists on staff in each location to promote sustainability. Each of the 3 locations of the Mami Wata Art Therapy Project were supplied with 6 months of art supplies.

2013:. "The Unexpected" - Live Painter - Performance with Luc and the Lovingtons in the  Marina - Everette, Washington - This painting, "The Unexpected", is now part of the permanent art collection of the city of Everette at the City Hall. 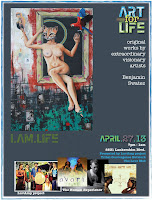 2013: The Love Amp Project: Art-4-Life. I-AM-LIFE. Group Exhibition - Promotion of Sustainability, the Conservation of the Nature and tribal cultures. Fundraiser to bring inner-city youth of Los Angeles down to the Amazon of Peru to learn with the Shipibo Tribe. Los Angeles, California. April 27th   Luvamp / I am Life

2012: "Celebration of Peace" Time for no Violence. Live Painter - Perfomances with the Make Peace Brothers and speakers such as: Peggy Callahan, founder of Free the Slaves - Encinitas, California .

2011: Live Painter - Performances with Luc and the Lovingtons in San Diego, Encinitas for NGO Feeding the SOul, and at ​​The Gratitude Cafe, Los Angeles, California.

2011: Completed "Reiki Master" training and was initiated as a Reiki Master in British Colombia, Canada, after training with Masters in Venezuela, Peru and the United States. Benjamin Swatez leads ceremonial sweat lodges after training for years with elders of multiple cultures. He has lived and studied with medicine elders, Ayahuasceros, Curanderos and Shamans throughout many countries.

2011: "The Bahari, India Art Therapy Project" - Founder, Director and Producer of this art therapy project that brought art to an entire village of former debt-bonded slaves, whom had been freed from the brick factory for only 11 months. "The best day of our lives was when we stood up for our freedom, and the second best day of our lives is when we learned how to paint," Shama, the elder of the village. Bahari, Utar Predesh, India -  Free The Slaves - Video clip of Art Project in India

2010: "The Power of Choice" - Solo Exhibition and fundraiser at Ortega 120 for the Bahari, India Art Therapy Project, Los Angeles, California 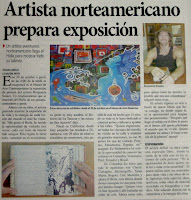 2009 - 2011: Assistant Director and Ceremonial Leader of the Mythic Voyage. Ten day healing voyages on a 100 year-old river boat through the Amazon Jngle of Peru holding ceremonies with Shipibo Elders, "Argonauts" from around the world and the medicines of the jungle.

2007 - 2009: "The Earth Gallery" - Painted Murals in nine countries. A Spiritual journey from Canada to Peru by land and Water, painting, fire dancing, learning, teaching and working with the Indigenous. In several countries, Mr. Swatez taught art therapy for children in the streets and later partnered up with NGO Viracocha to teach art therapy with the children of the red zone of Colombia - San Agustin, Colombia, and with Quscomaki to teach art therapy and soccer to the street children of Cusco, Peru. He learned mythology and ancient tradition with Aztec, Mayan, Kofan, Gurifuna, Incan, Andean, and Shipibo Elders.

2007: This-is: The best place in Sarajevo - "Photo Safari" - 100 disposable cameras were given to the children from the streets of Sarajevo, Bosnia. Passed out 15,000 stickers of inspiring quotes expressed by the Bosnian youth the year prior.  The This-is team went renegade style and glued oversized portrait photos of Bosnian Youth, taken by Photographer Gerrit Hahn during the Revival Festival, over the political propaganda all over the city of Sarajevo.

2005-2007: "Revival" - Co-Director. A Documentary Film About Hope: the Voice of the Youth expressing themselves in the street after the war. The journey of bringing the once "Largest Youth House" in Eastern Europe back to the youth. Sarajevo, Bosnia. Sponsored by the European Cultural Foundation. Aired on Bosnian Federal Television, ECU European Independent Film Festival in Paris, "ACKO Student Film Festival" Bratislava - Slovakia, Amnesty International Film Festival in Arhus, Denmark, Balkan Festival in Grenoble, France - as well as festivals in  Helsinki, Finland - Pisa, Italy - Munster,Germany ...

2006: Lived and painted in the caves of Granada, Spain. Recycled food from the garbage bins for one year together with the Romani population. Offered private English lessons, Art lessons, and performed both professionally and in the streets as a Fire Dancer.

2005: Worked on a boat down the Volga River from St. Petersburg to Moscow.

2001 - Artsbridge Scholar - Art Teacher with the troubled youth in the inner-city districts of Sacramento. Art Scholarship awarded for excellence. 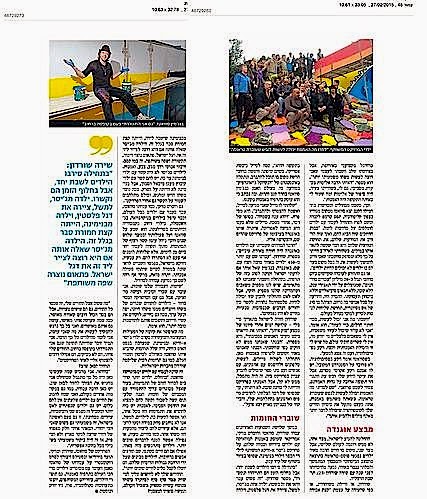